Change the mind… change the world 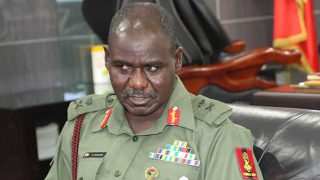 At least 15 people were killed on Monday when two suicide bombers struck civilians receiving aid in northeast Nigeria, a rescue worker and a member of the civilian militia told AFP.“There were twin suicide explosions at 11:10 am (1010 GMT) in Mashalari village (near Konduga), which killed 15 and left 43 others injured,” a rescue worker said in an account backed by Babakura Kolo, from the Civilian Joint Task Force.
Loading...
Spread the love

This site uses Akismet to reduce spam. Learn how your comment data is processed.