Change the mind… change the world

A women’s rights activist and former presidential hopeful is in police custody in Rwanda, her brother said Thursday, raising concerns about the whereabouts of a rare challenger to longtime President Paul Kagame.

Police have said Diane Rwigara is free after her home in the capital, Kigali, was searched on Wednesday.

But Rwigara’s brother Aristide, who lives in the United States, told The Associated Press that his sister was arrested Wednesday along with three siblings and their mother.

Police have said Diane Rwigara is under investigation for tax evasion and forgery. She is accused of forging signatures to support a candidacy for the Aug. 4 vote.

She was disqualified ahead of the election won easily by longtime President Paul Kagame, whose government has long been accused by human rights groups of silencing opposing voices.

Kagame, who called the election a “formality” and won by nearly 99 percent of the vote, has denied the accusations. 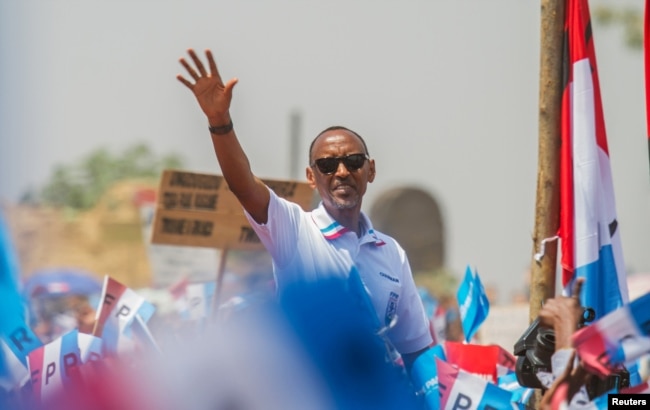 Rwigara could not be reached; her known phone number was switched off Thursday.

“One of my sisters called my uncle, telling him the police had come to take them on Wednesday morning and we have never heard from them since Wednesday,” Aristide Rwigara told the AP.

The criminal allegations against the family are false, he said, insisting it has been targeted by Rwanda’s government.

“The government has been after my family for a long time because we refused also to do business with the ruling party,” he said.

Diane Rwigara is the daughter of the late Assinapol Rwigara, a businessman who fell out with Kagame before his death in a car accident in 2015.

In an interview with the AP earlier this year, the 35-year-old acknowledged the risks of running against one of Africa’s longest-serving leaders.

“People disappear, others get killed in unexplained circumstances and nobody speaks about this because of fear,” she said. “We must end this silence.”

Two days after declaring her candidacy for president, nude photographs allegedly of her were leaked on social media. It was not clear who was behind the leak.

Rwigara later was disqualified as a candidate after allegedly failing to collect enough supporting signatures ahead of the election.

Rwanda’s electoral commission said she turned in signatures of some people who had long been dead and others who belonged to a rival political party. Rwigara denied it.

Kagame has been de facto leader or president since the end of Rwanda’s 1994 genocide.

This site uses Akismet to reduce spam. Learn how your comment data is processed.